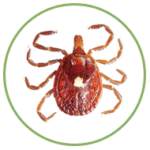 Indeed, it’s true. Alpha-Gal (Galactose-alpha-1,3-galactose) is a delayed severe allergy to red meat affecting a growing number of the population. This allergy is initially caused by the bite of a Lone Star tick (Amblyomma americanum).

The reaction is a systemic release of antibodies that binds to a carbohydrate present in mammalian meat called galactose-alpha-1,3-galactose (alpha-gal). Mammalian meat is any meat that comes from a mammal including beef, pork, lamb, venison, goat and bison. Fish, turkey and chicken are not mammals, so they don’t have alpha-gal.

When a person with the alpha-gal antibody eats mammalian meat, the meat triggers the release of histamine, a compound found in the body that causes allergic symptoms like hives, itching and even anaphylaxis.

Since the reaction to eating mammal meat is delayed by several hours, the proper diagnosis is often missed or misdiagnosed. People who are afflicted with the Alpha-Gal allergy have to be constantly vigilant about the ingredients they consume, because an allergic reaction can be severe and life-threatening. 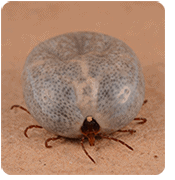 Though it hasn’t been scientifically proven, researchers think the Lone Star tick produces a sugar from its gut called galactose-alpha-1,3-galactose, or “Alpha-Gal.” In some cases, the human immune system develops an allergic response to that sugar. Because Alpha-Gal is also found in red meat, a bite by the Lone Star tick may translate to an allergic reaction to anything from beef hamburgers to bacon. Repeated tick bites can potentially cause the antibody level of Alpha-Gal to rise, worsening reactions. People with the allergy can go into a delayed anaphylactic shock, four to six hours after eating red meat.

People with certain blood types appear to be more at risk. Those with the rarest types — B and AB — do not appear vulnerable, because their blood is chemically similar to alpha-gal. According to studies done at the University of Virginia, as well as in North Carolina, Boston, Australia and Scandinavia, those with types O and A are the ones most susceptible to the Alpha-Gal allergy. 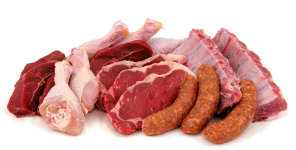 According to research being done at the University of Virginia, more than 2,000 known cases have cropped up in less than 10 years in the U.S. Cases have also been reported in Australia, Germany, and Japan.

While it is not known exactly how long it takes for transmission to occur, it is thought that once any saliva has been transmitted, there is a chance of giving the host (the human) Alpha-Gal.

IN LAYMAN’S TERMS… There are two galactose sugars that are in line with each other in a certain configuration in space that chemists call an “alpha configuration” and the technical name is this galactose-alpha-1,3-galactose. We call that “alpha-gal” for short. We humans don’t have alpha-gal, which is different from other sugars, in the sense that non-primate mammals—cows, sheep, pigs, cats, dogs—all have alpha-gal. As humans, we actually don’t have that sugar. In fact, we make an immune response to it!

While the numbers of Alpha-Gal are significantly lower than that of Rocky Mountain Spotted Fever or Lyme disease, several thousand cases of Alpha-Gal have been reported in the U.S. since 2009, when it was first “discovered”. Since then, it has been thought that the numbers have been slowly increasing (as with many other tick-borne illnesses).

Why does a person with alpha-gal allergy experience a reaction several hours after eating red meat, instead of like a peanut allergy which can happen immediately?

There’s two main answers to that—the first of which is that alpha-gal is a sugar. So much of what we know about allergies in general center on proteins. Part of this, is that we believe that the response to the sugar is in some ways a weaker response than we might see for proteins. Secondly, the most severe reactions tend to happen with fattier forms of meat. The digestion of fat is very different from the way that sugars or proteins are absorbed. The digestion of fat is a process that takes three to hours to deliver fat to the bloodstream.

Reactions often start with itching, particularly the palms and soles. Many patients repeatedly report that their hands begin to itch and turn red. Then they often get systemic hives (a rash) all over their skin. Then the process seems to snowball. It starts with skin and itching and hives and redness, perhaps swelling, then often tell us that they feel light-headed so we think their blood sugar is dropping. Often there is a gastrointestinal component to this as well—so really severe abdominal cramping, diarrhea, nausea, vomiting—all the hallmarks of an anaphylactic allergy reaction that you might see in a child who has a milk, egg or peanut allergy. If signs of anaphylaxis appear, call 9-1-1 immediately!

Testing and Treatment of Alpha-Gal

In many cases, we don’t find this is a life-long immune response. It may go away. It appears in many patients to be transient. They may have 18-24 months without red meat, and then we begin to follow their blood test level—which is another reason to have the blood test done—it typically trends down over time. When appropriate, we begin to reintroduce red meat.

Testing and Treatment of Alpha-Gal

While there is actually a test that can be done for humans who may have a sensitivity to mammalian meat products, the test is rather expensive and may falsely test positive; meaning only a small fraction of people who test positive, ever actually develop an allergic response to eating mammalian meat. The test done is actually for a cancer research medication produced by the company that Martha Stewart to prison for [insider trading].

Interestingly, geography matters when it comes to tick bites. Current research data indicates that the test is not as specific as we want to be and scientists are working to try to create a better test. It’s an excellent screening test though.

There is currently no specific treatment for Alpha-Gal. In other words, other than treating the signs and symptoms of anaphylaxis as they appear, there is no medication that can be given prophylactically to prevent getting Alpha-Gal.

The Lone Star (Amblyomma americanum) tick is a medium-sized, reddish-brown tick that’s common in the Southeastern United States. It gets its name from a white dot found on the backs of all female adults. Lone Star ticks “bite” by inserting needle-like mouth parts into the skin, while backward-facing teeth act as hooks, securing them in place. They also secrete a cement-like substance that helps them to stay attached. 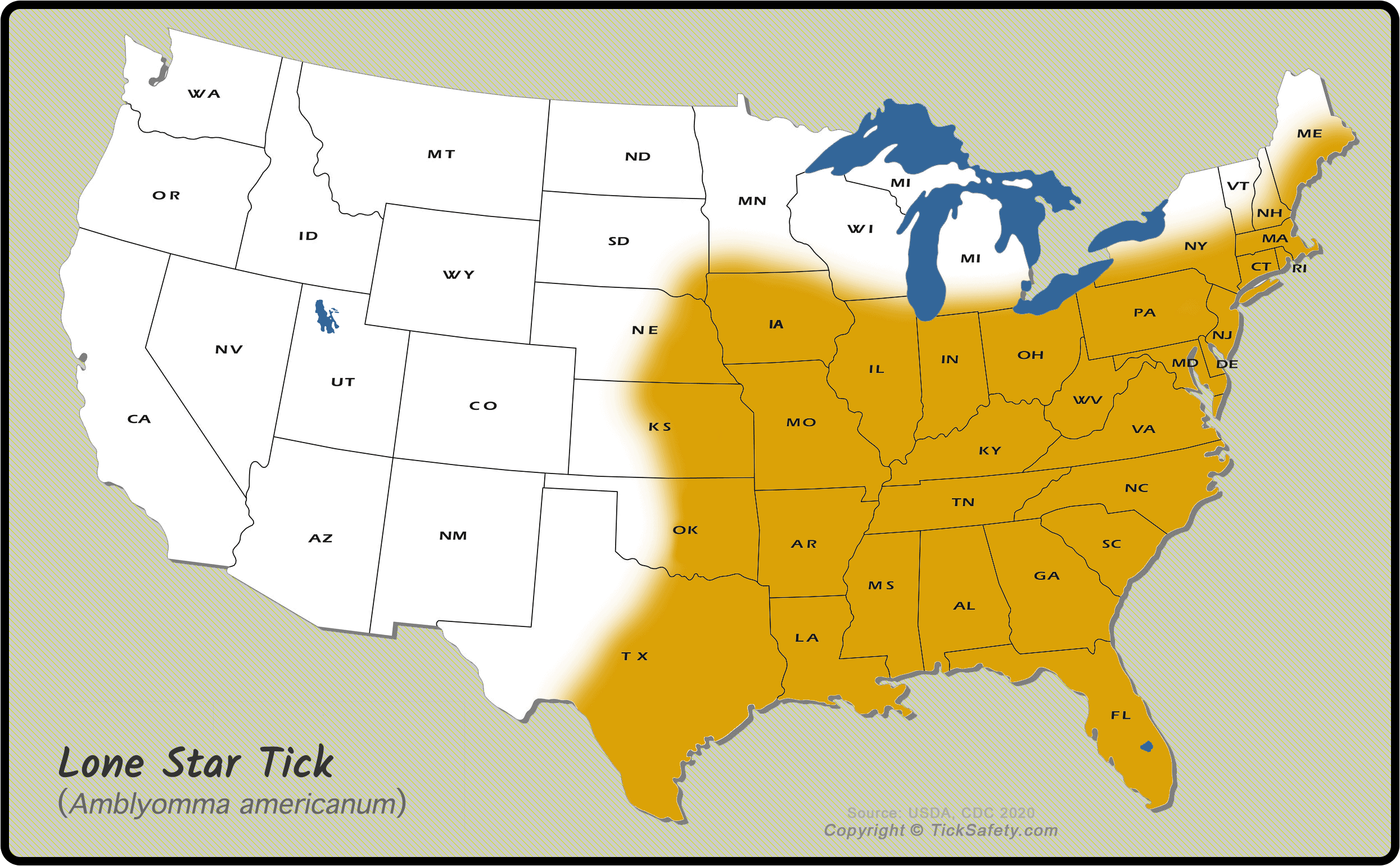 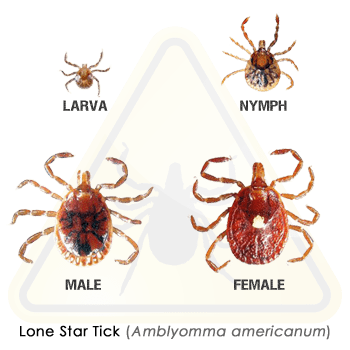 Signs and symptoms of a severe allergic reaction and anaphylaxis typically includes truncal hives, but may also include swelling, vomiting, diarrhea, trouble breathing and a rather significant (and quick) drop in blood pressure. Be sure to dial 9-1-1 for anyone who is having trouble breathing — especially if you suspect anaphylactic shock!

Though there is no exact indication of how long the allergy to red meat lasts, it’s possible that it may improve over time. Avoiding repeated tick bites is the key, as your antibody levels should diminish. The obvious answer here as far as prevention of anaphylaxis (for those who have the Alpha-Gal allergy) is to stay away from red meat such as beef, pork, lamb, venison, goat and bison, and stick to a diet of chicken, seafood and turkey. Those with Alpha-Gal allergies can still drink milk, eat cheese and have real butter.

What is Alpha-Gal Found In?

Alpha-gal is found in the meat, organs, tissues, cells, and fluids of all mammals except for humans, great apes, and Old World monkeys (1). It is also found in products made from mammals or that contain ingredients made from them (6,57). These include, but are not limited to:

Where does Alpha-Gal Occur in the World?

Alpha-gal syndrome is found on every continent except Antarctica. In the U.S., Alpha-Gal Syndrome is mostly found in areas where the Lone Star Tick lives; primarily, the East Coast. However, Lone Star tick populations are expanding further north and have already been reported in Canada (as of 2020). Not surprisingly, Alpha-Gal is also on the rise.

If you have Alpha-Gal Syndrome, you can enter a pin at this site: https://www.zeemaps.com/map?group=555038